What it is like to be female and homeless 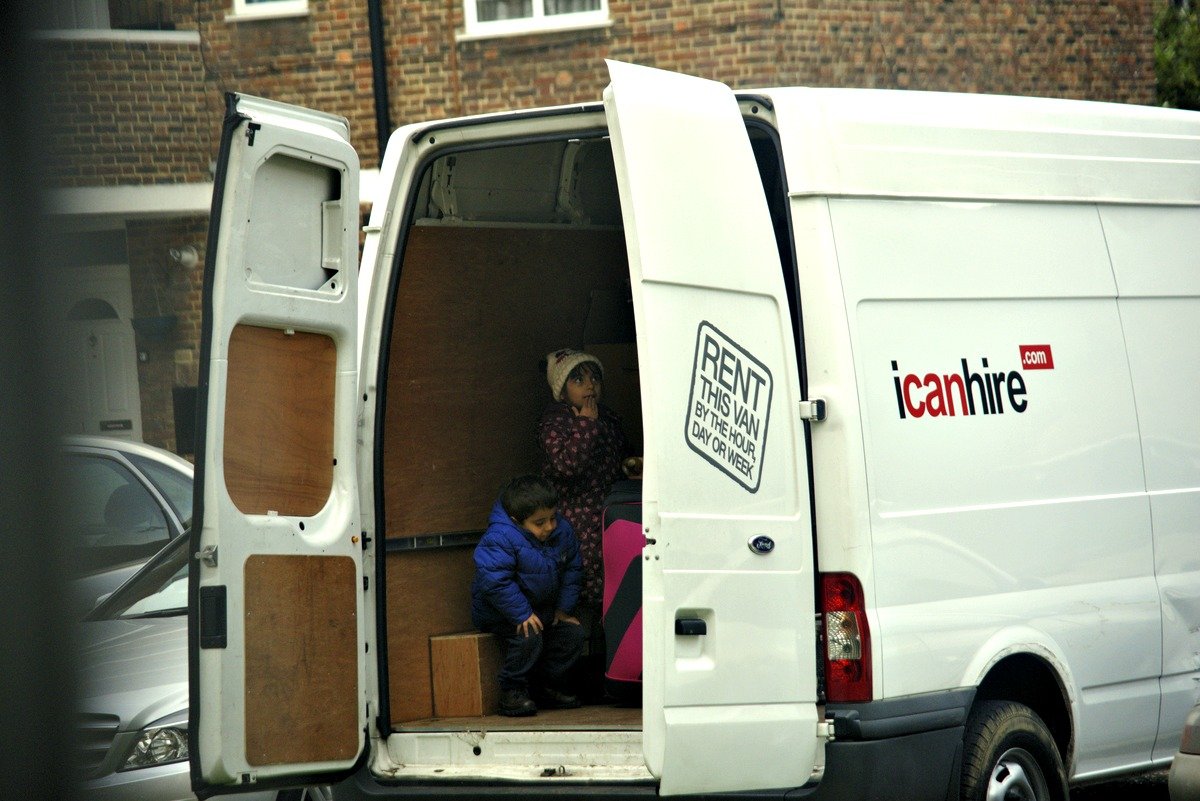 Francesca’s kids are playing with the moving boxes that occupy the best part of their living room, in the morning of their eviction from their temporary flat. « They think that they are going to a nice beautiful home. I cannot bear to tell them the truth, that we are going to a hostel room” says Francesca, a single mum of two, pregnant with her third child.

She’s one of the women who are featured, hard and real, in The Other Half collaborative project by Cinzia D’ Ambrosi, a photographer, and Neasa MacErlean, a freelance journalist, both from the UK. “Homelessness has traditionally been seen as a male problem in the UK – and it has been treated as a male issue by policymakers. This work aims to show how widespread and damaging female homelessness has become”. 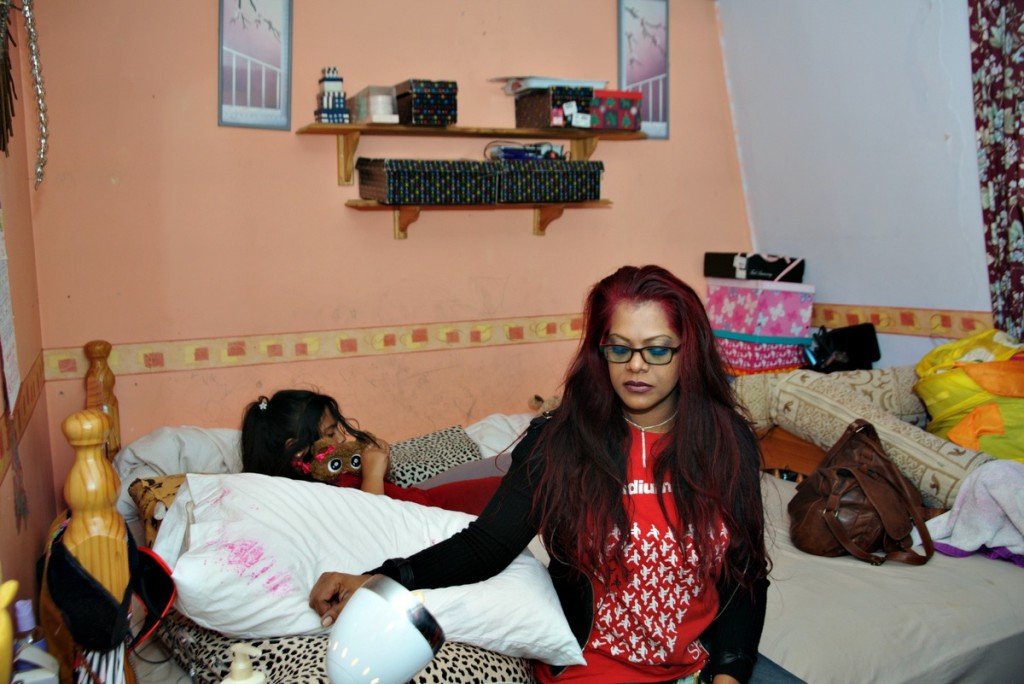 Linda is a single mother of one daughter and the main carer for her mother, who is 71 years old and suffers from diabetes. In the last seven years Linda, who is originally from Trinidad, had mainly been living in her uncle’s small flat while waiting for the Home Office to make a decision on her right to stay in the UK. 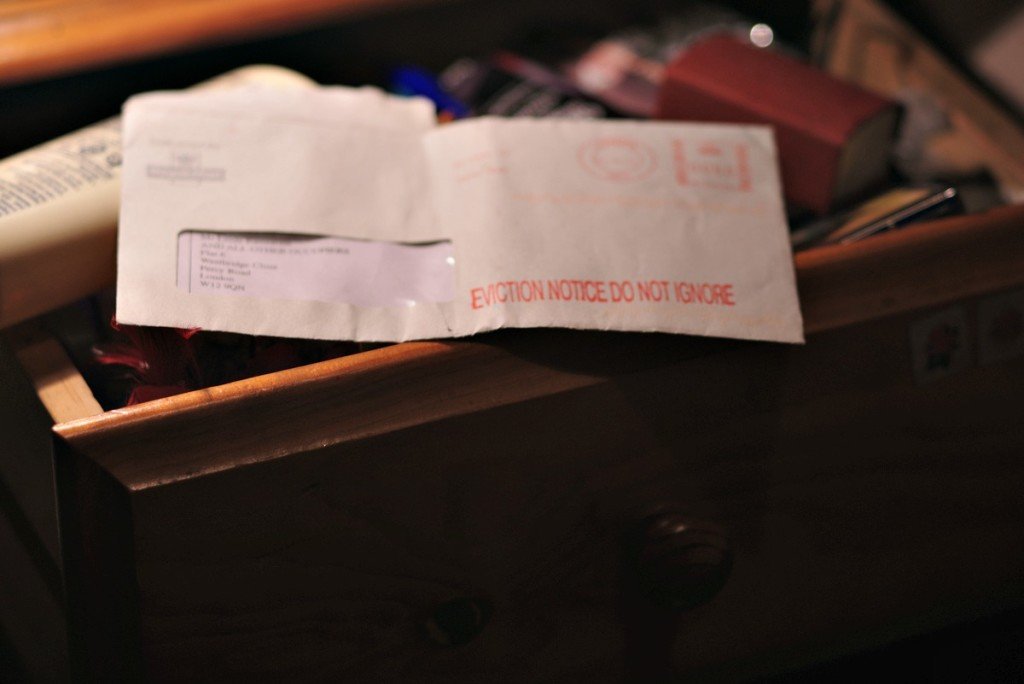 In November 2014 Linda receives a notice of eviction. She has no-where to go. “I don’t have enough money. Everything on top of you… you do the best you can. Yet, you face an eviction and I am left to plead my case.” Linda’s daughter was born in the UK and goes to the local school. 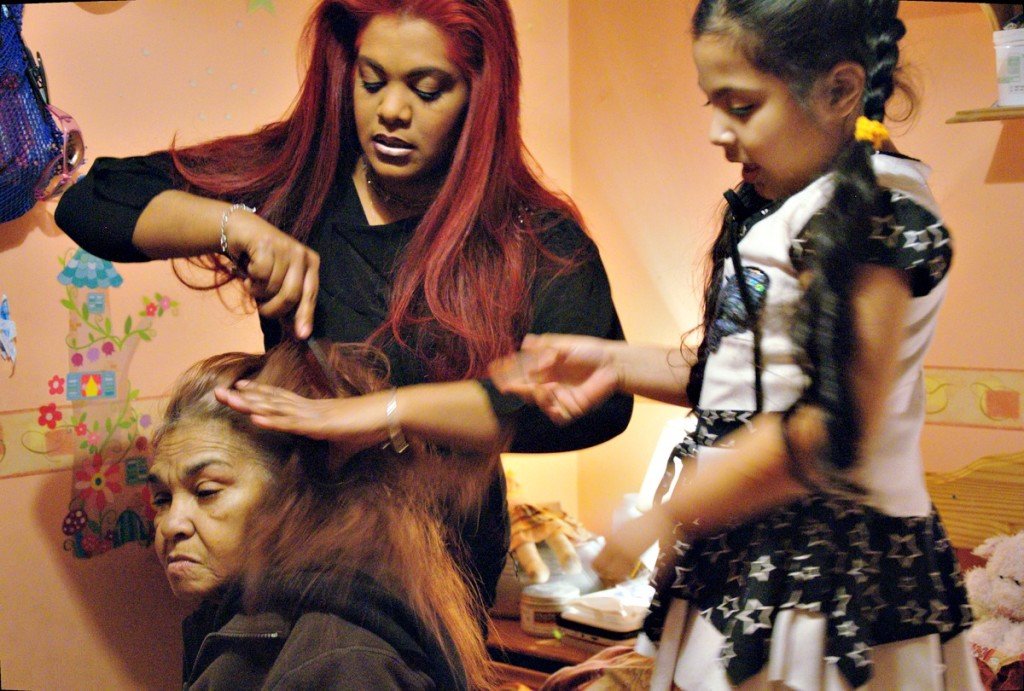 Linda, her mother and daughter have been living in a hostel while the situation is resolved with the Home Office. After they were evicted, they had to give away all their belongings to a charity because they would not have space. Their main hope at this stage was the possibility of help from a law firm.

“There is a twilight zone that extends between having a solid home and sleeping rough. That zone has become a darker place in the last few years – and more women in England appear to be stumbling into it. In this report, we show the lives of young mothers and their experience of eviction, the effects of living in temporary accommodation for years, and the impact on their mental health. Not only are they battling to keep a roof over their heads but they are also fighting not to give in to anxiety and depression. In the course of our research we have repeatedly heard housing experts mention that a lot of [these] women lack insight into their own issues. They say: ‘I can cope and find a way out’. But their way of dealing with it is often not dealing with it.”

The UK has had a steady increase in the number of evictions since the year 2000. According to the Ministry of Justice 37,739 private and public sector tenants in 2013 saw their homes repossessed by court bailiffs. The 2014 statistics are not yet complete but show significant rises. Social housing services have been providing some relief, but this too is changing. “Until now, in the UK, social housing has been provided to those in low pay, incapacity benefit, unemployment, etc. Sadly, it is all changing: social housing is slowly being replaced with affordable rents -we are, in fact, witnessing the end of its era” Cinzia wrote to me. 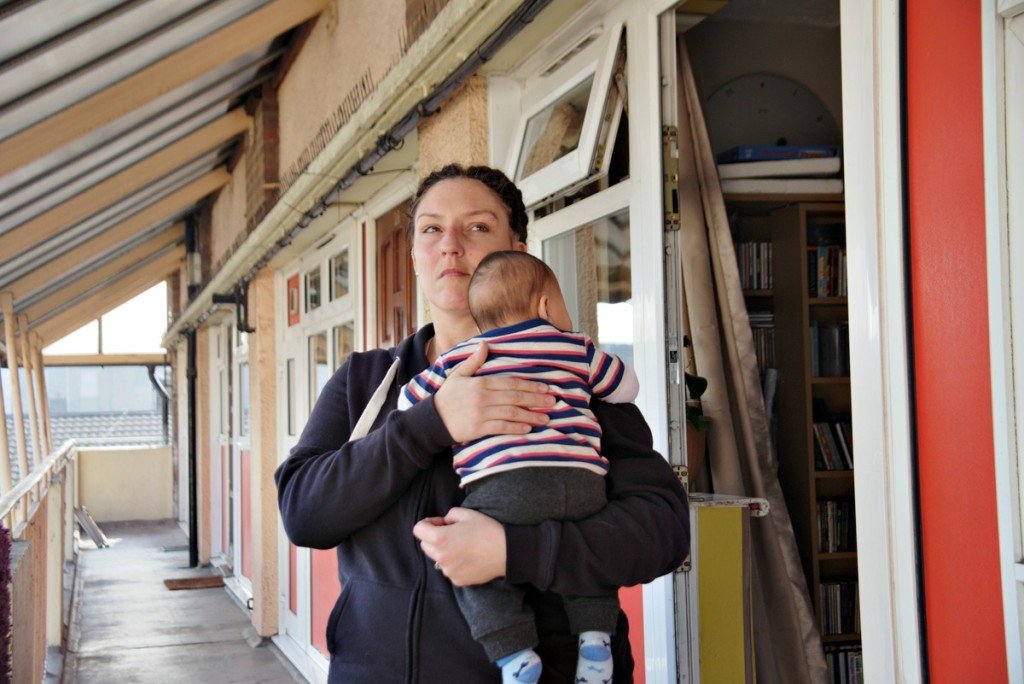 A 35-year old single mother of three (aged 11, nine and not-yet-one), Samantha was given notice to leave her privately-rented flat in the London borough of Newham. While the council accepted that it needed to rehouse the family, Samantha and the children had to rely on friends and family and live in an emergency hostel while better arrangements were made. Three months after losing her flat, Linda was offered an emergency room in Birmingham, 130 miles away. This would have meant losing her part time work, up-rooting her children from school and losing all the support of family and friends. She refused. 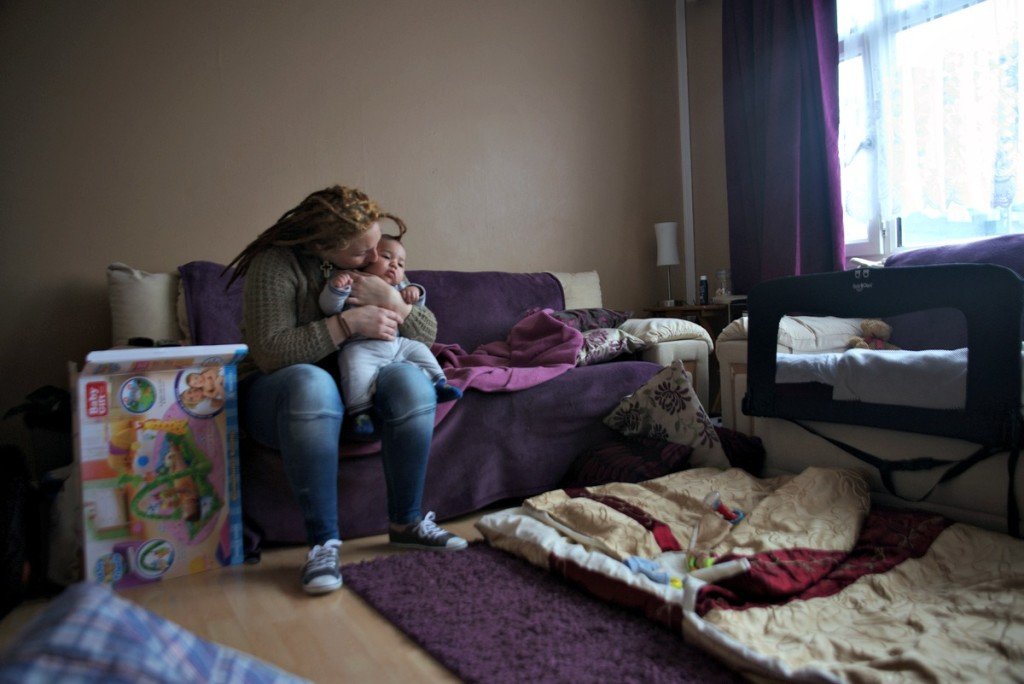 Samantha was offered two hostel rooms by Newham council but she says that she ‘had to run away” as the rooms were “filthy to the point that the bed had unwashed and stained covers, broken wardrobe and mould everywhere. The kitchen containing a single stove was serving 23 families. It had no fridge and no cupboards and was dirty”. 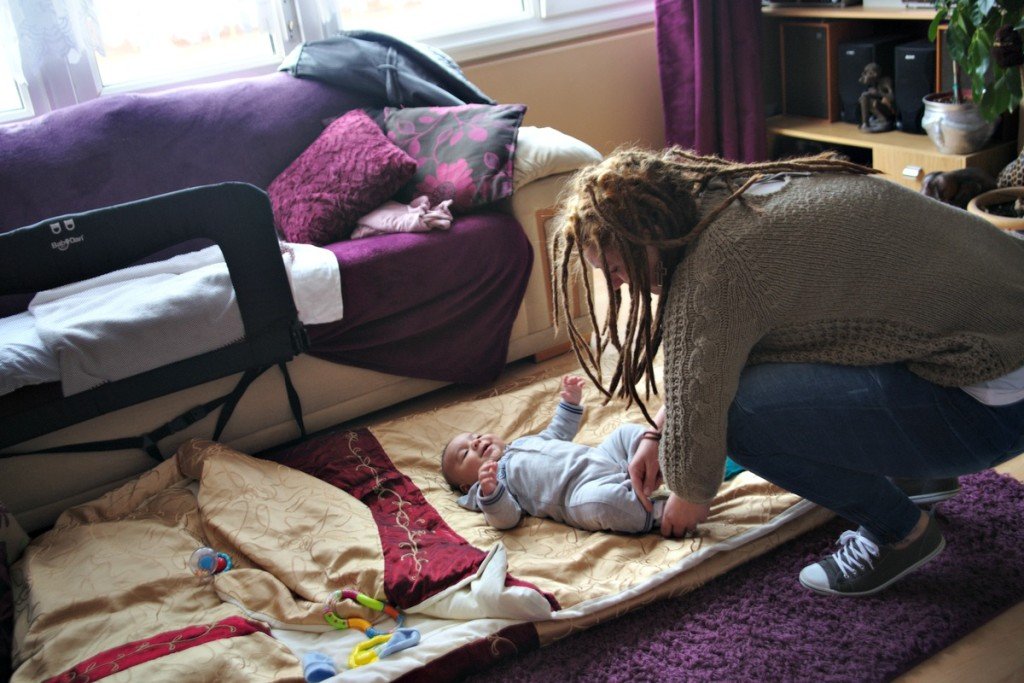 After sleeping rough with her infant son, Samantha asked her mother for her help. She and the baby slept on the couch whilst her older sons shared the bedroom with her mother. At this point, her children’s school work started to suffer and she was becoming increasingly depressed. She was then offered a flat on a temporary basis for a few months. Samantha and the children are still there – enjoying a respite but worrying about having to start the fight again.

I ask them what is it that got them interested in this issue, why did they personally dedicated so much time and effort to delve into the darkness of female homelessness.

“In the last two years I have been investigating the issue of Hidden Homelessness in the UK” Cinzia wrote to me. “Hidden Homelessness refers to the condition of being homeless but not registered or statutory considered so: people living on friends’ coaches, in cars, in temporary housing are hidden homeless. It is a vast and growing problem. And the ‘limbo’ situation strucks a chord. With time I have noticed the growing number of women and children in these circumstances and I found that they are often the worst hit and the most vulnerable group, mainly because homelessness in women is generally a derivative of abuse, relationship break down, isolation and poverty.”

“It was an observation from George Orwell that drew me into writing about the rise in female homelessness” said Neasa. “When he wrote ‘Down and Out in Paris in London’, there was one positive point he could make about the lives of tramps. He wrote: “One might imagine that among destitute people the sexes would be as equally balanced as elsewhere. But it is not so; in fact, one can almost say that below a certain level society is entirely male.” But how shocked he would have been to discover that women would eventually all but catch up with men. But homeless women do not make pretty pictures or nice stories. I have been a journalist for 25 years, and know that it takes courage in an editor to print photographs which are as disturbing to the reader as those of distressed, homeless women. This means that the issue is under-reported. Pictures of celebrities are far easier to look at.” 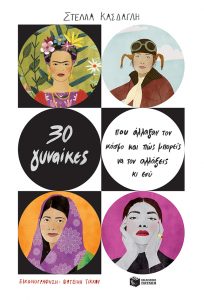 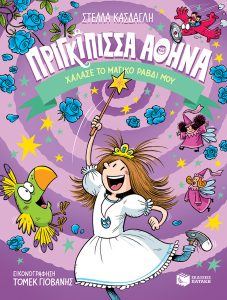 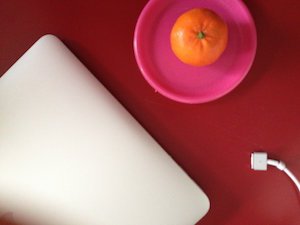